Valkenburg: Christmas in the Caverns

in Valkenburg, The Netherlands. 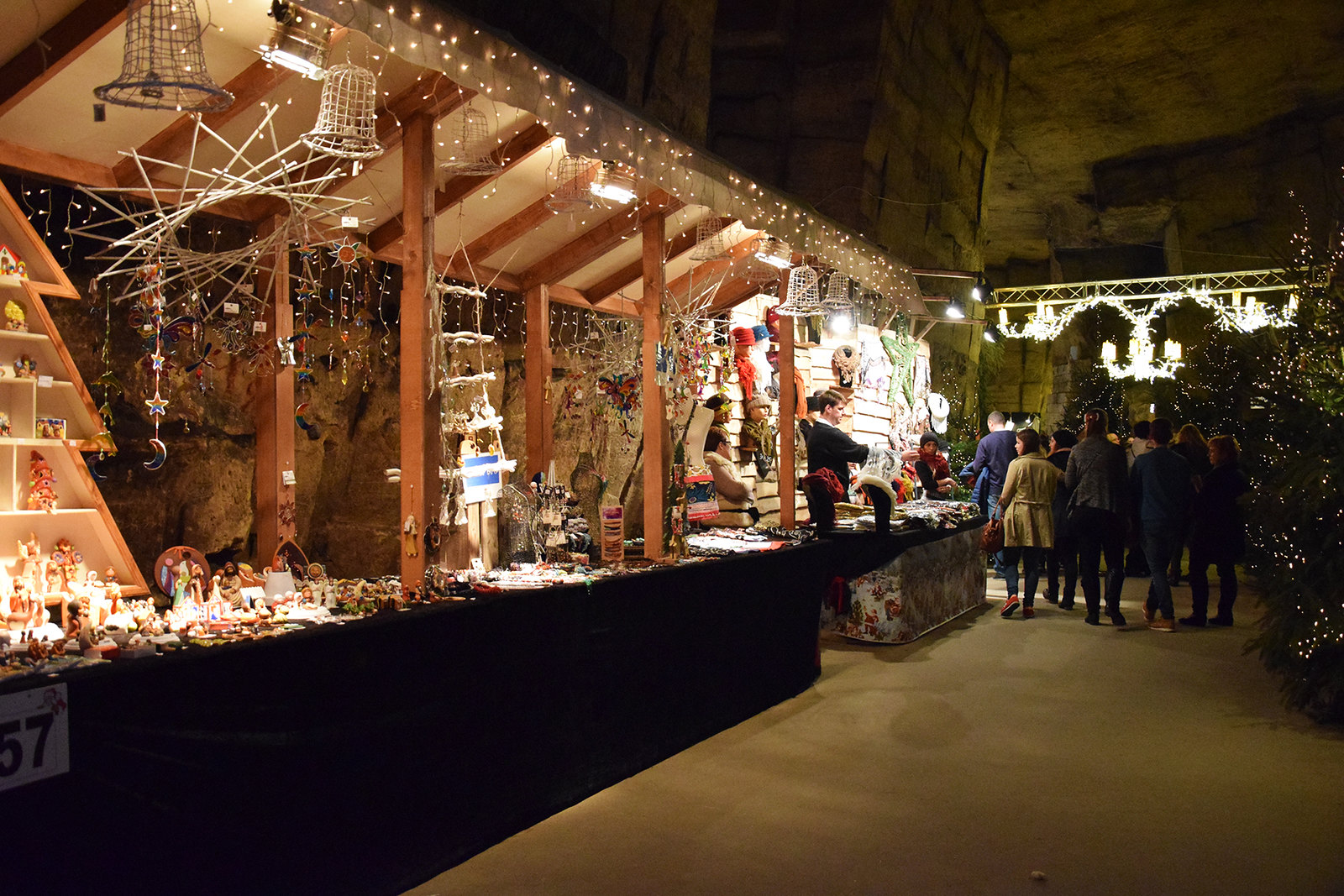 A couple of months ago I was checking a list of the "Best European Christmas Markets" and Valkenburg caught my attention for two reasons. Firstly, it is really close! Located at the south of the Netherlands, close to the Belgian border, it's only two hours drive from Ghent.

Second, it is really different from the markets that I have visited before, it is inside the caverns!

The attractive of Valkenburg is not just it's Christmas market(s), but there are Christmas activities and attractions all over the town! That's why they call themselves "The Christmas town in the Netherlands".

Besides this, there is also a sand sculpture exhibition called "Magic Sand", a Christmas parade around the town, and Santa's Village (Christmas gift shop).

The town is beautifully decorated and illuminated on the streets, and the shop and restaurant owners make a wonderful job on decorating theirs businesses too, adding to the general winter sphere.

Market in the Caverns 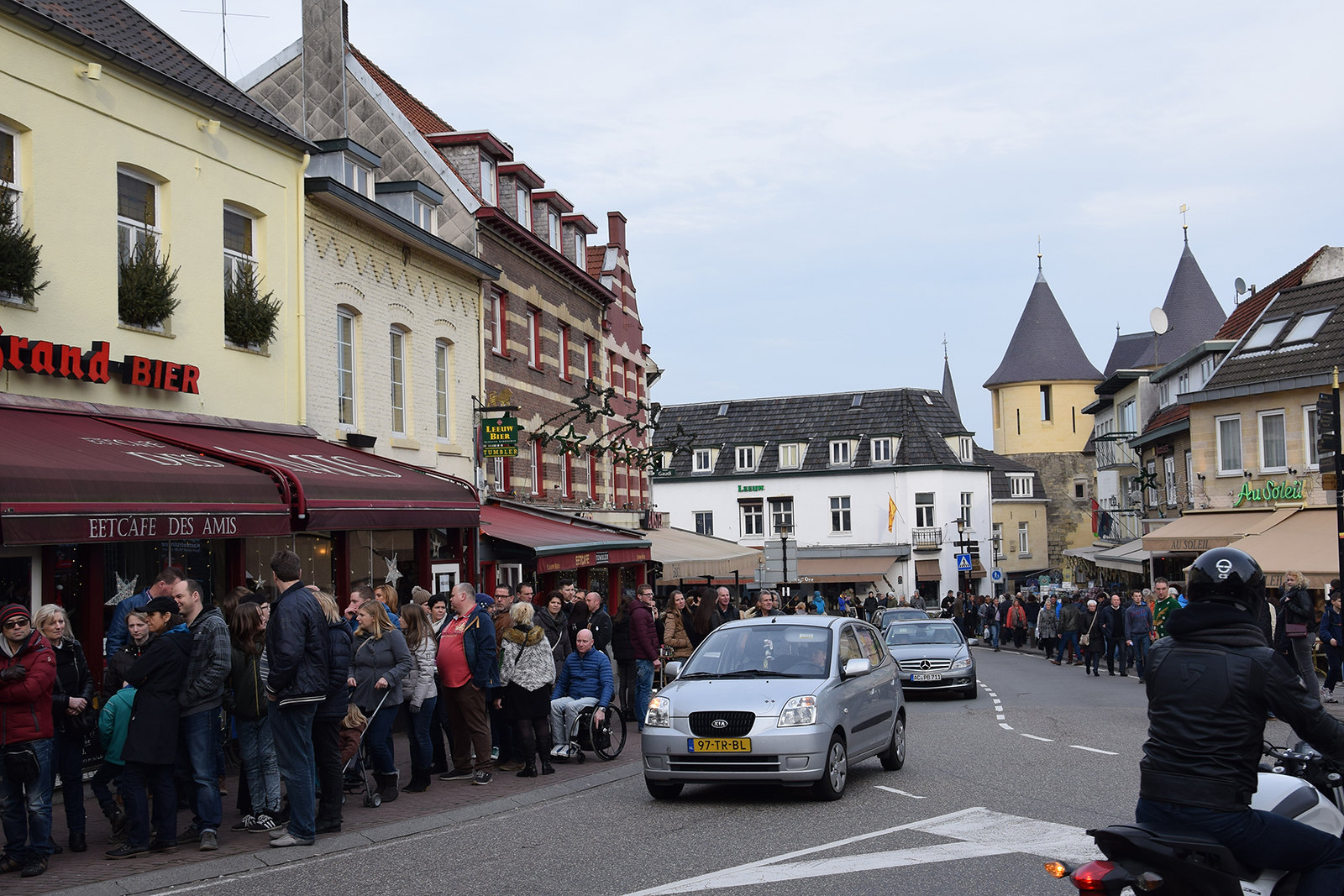 The line to enter the market.

Due to lack of time we could only visit one the caverns, "The Gemeentegrot". The line to enter was quite long, we had to wait almost half an hour to enter, but fortunately inside wasn't too crowded and we could walk comfortably. I was positively surprised with the variety of products they were selling inside. While in other markets I visit they usually sell the same, here we found many things that I hadn't seen in other markets. Also, there is a lot of space inside the caverns so the stands were quite bigger than the usual stalls in the open air markets. 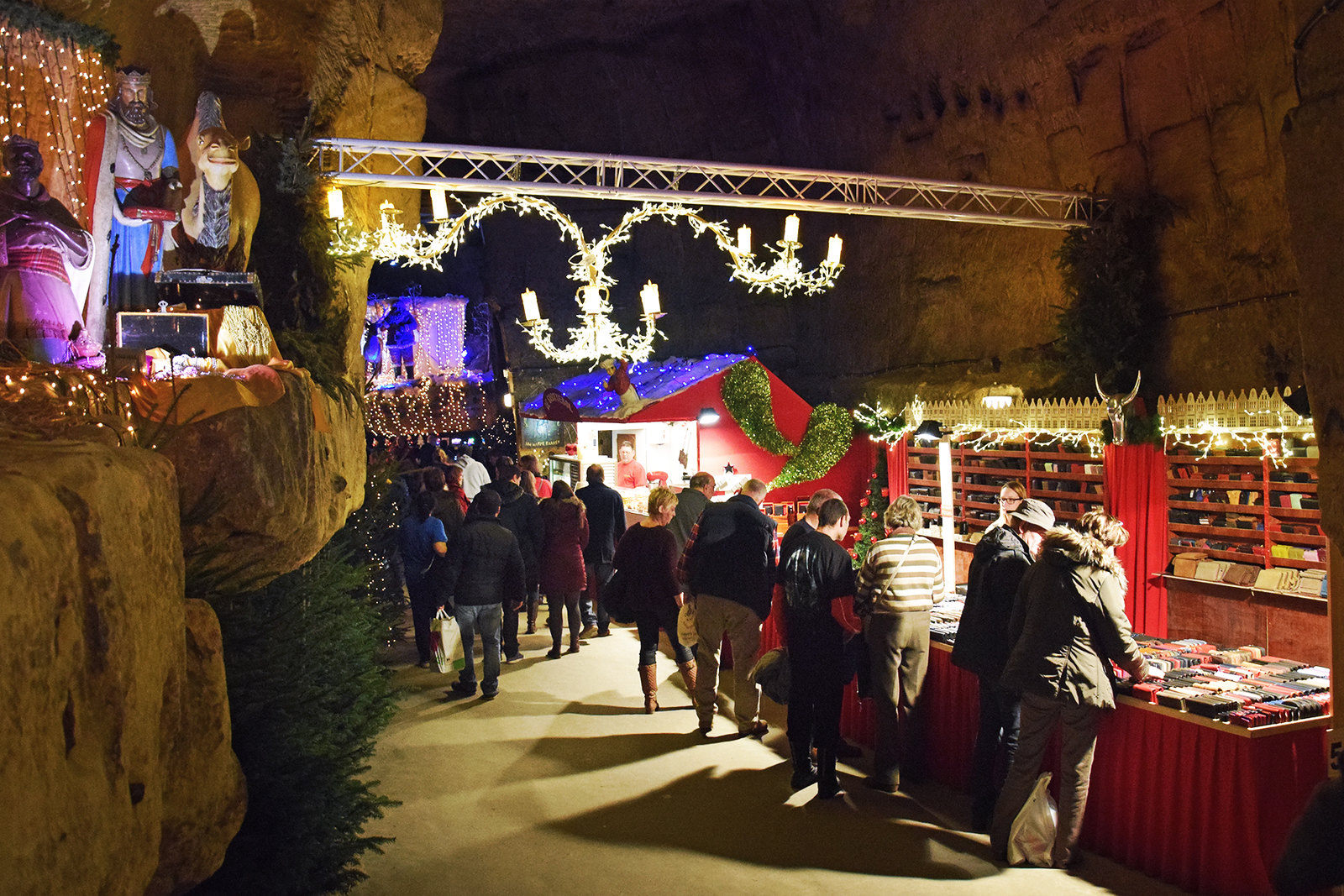 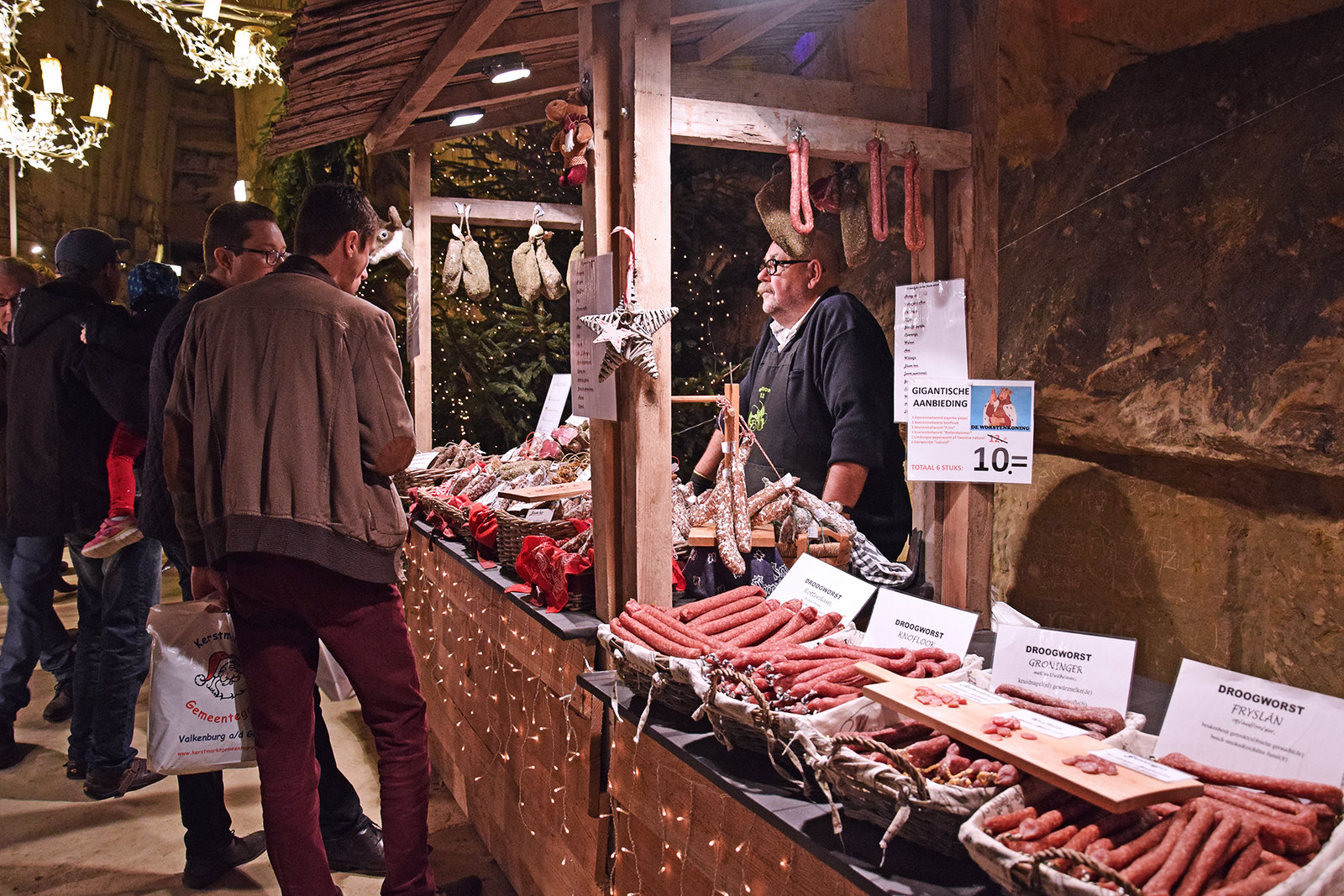 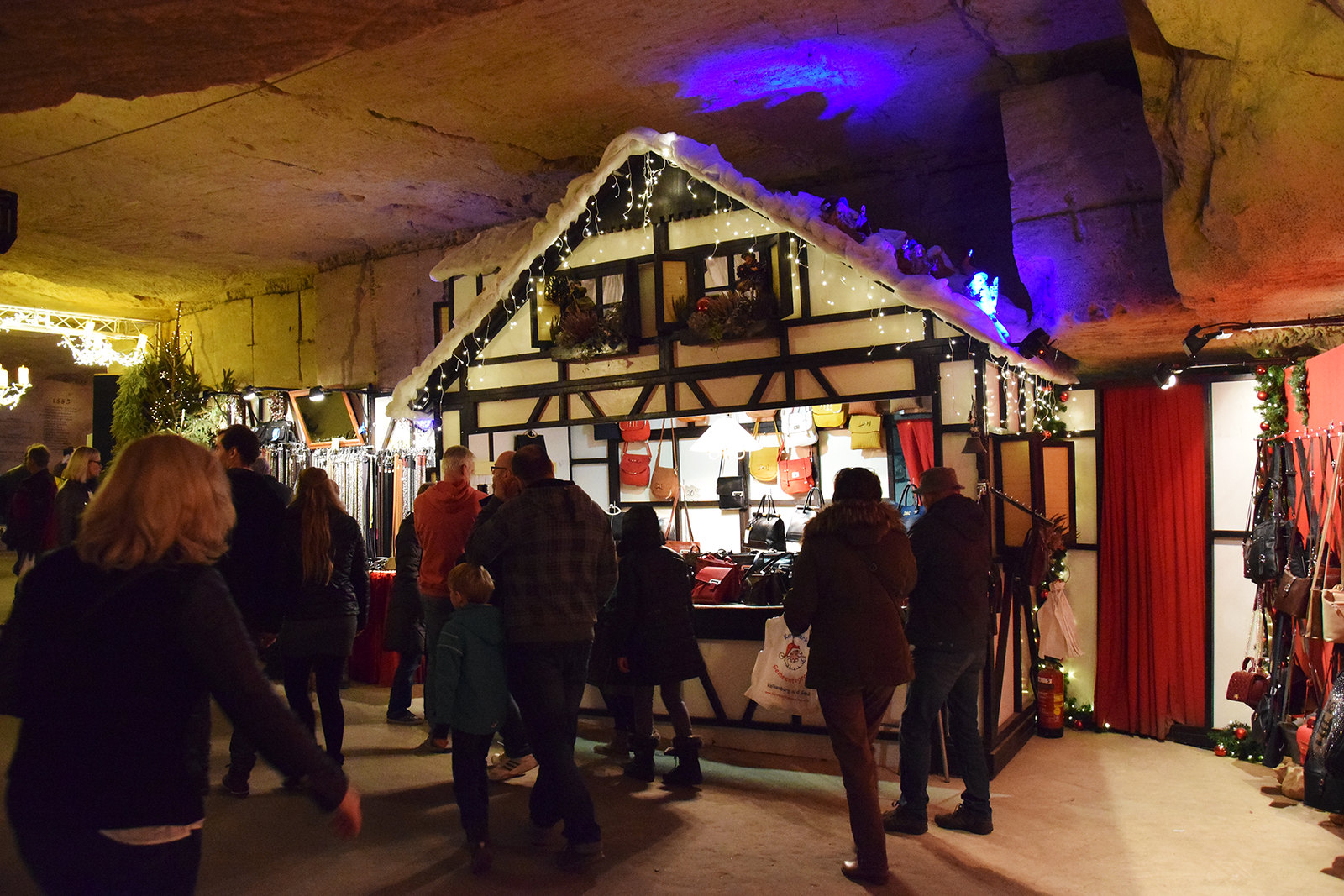 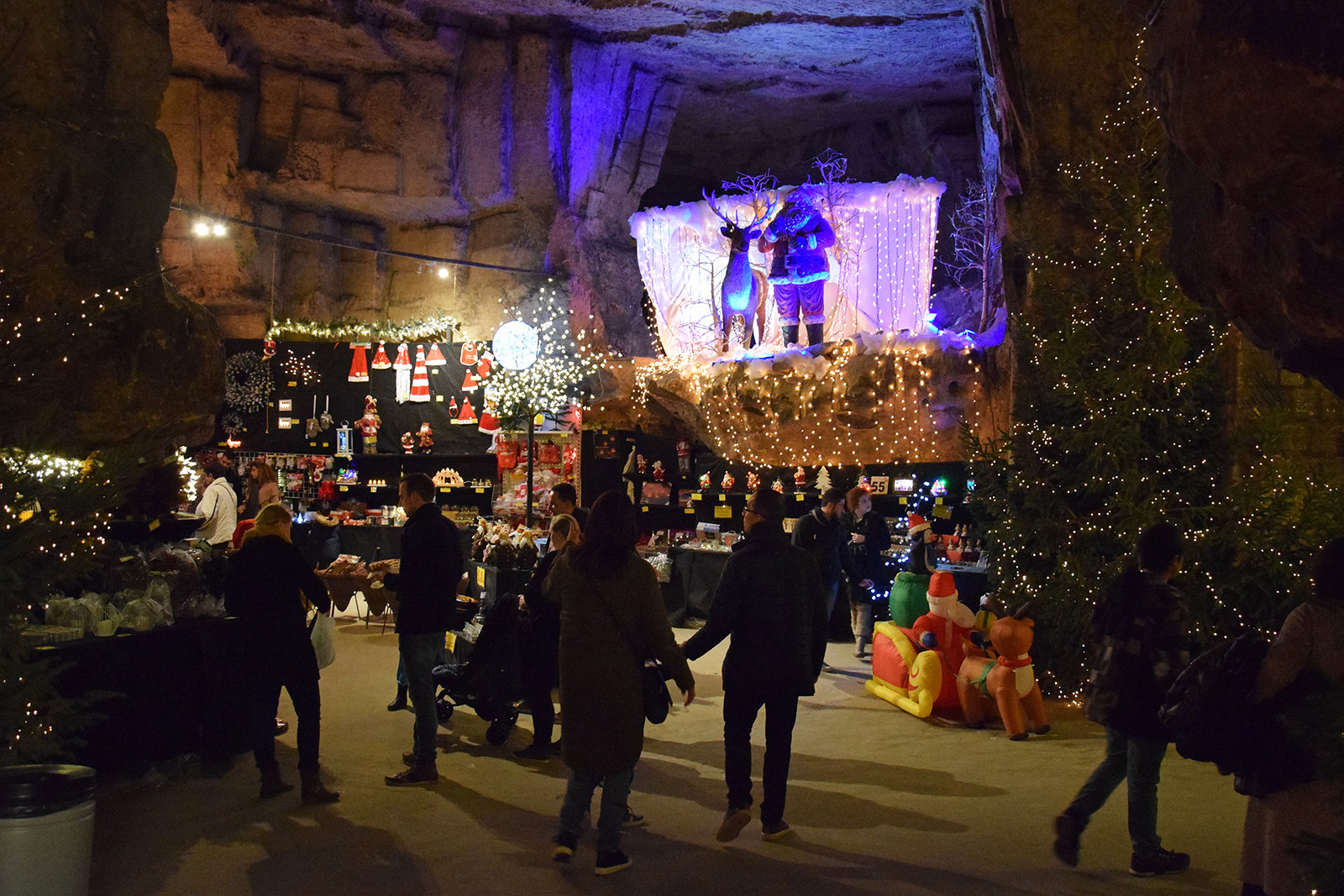 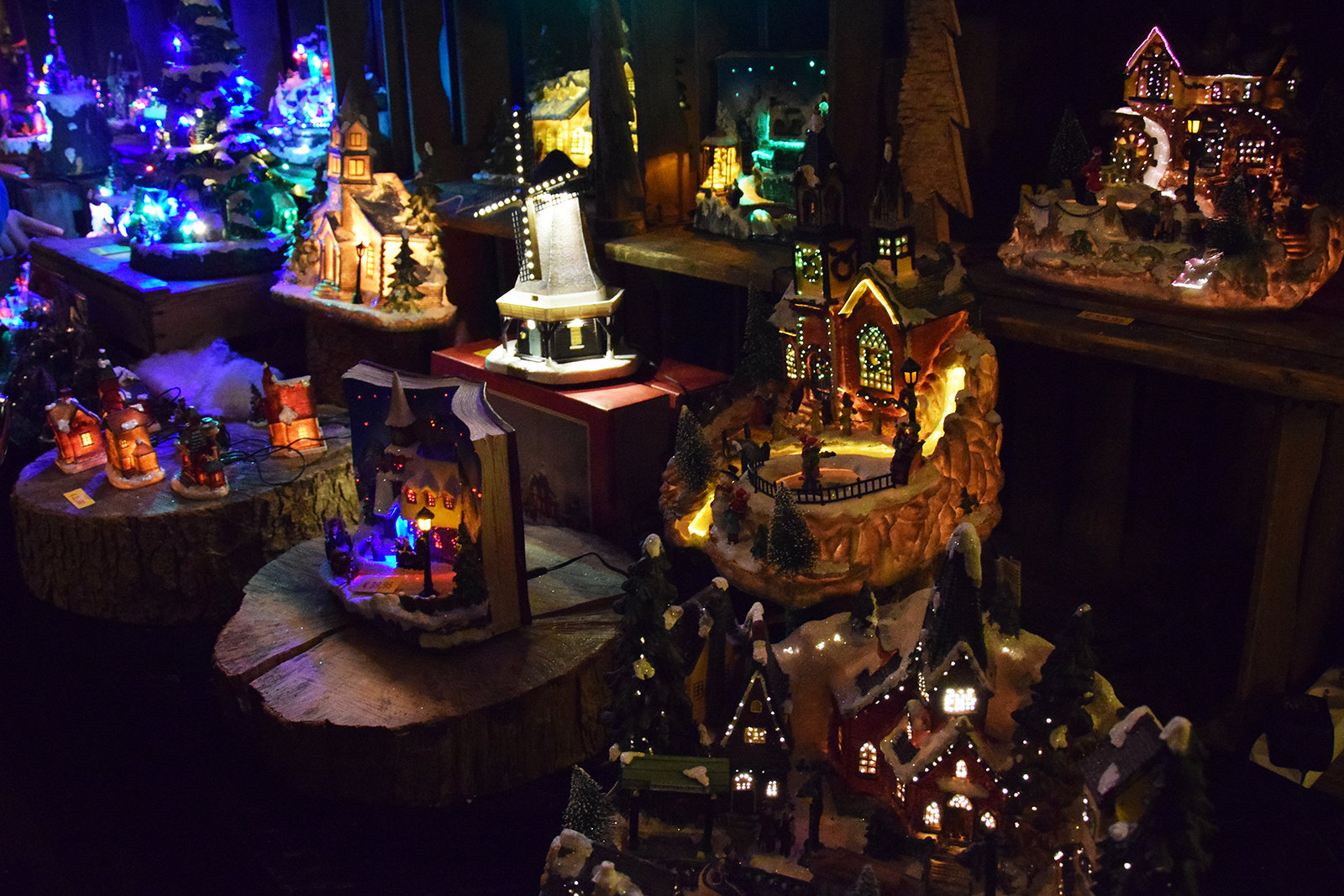 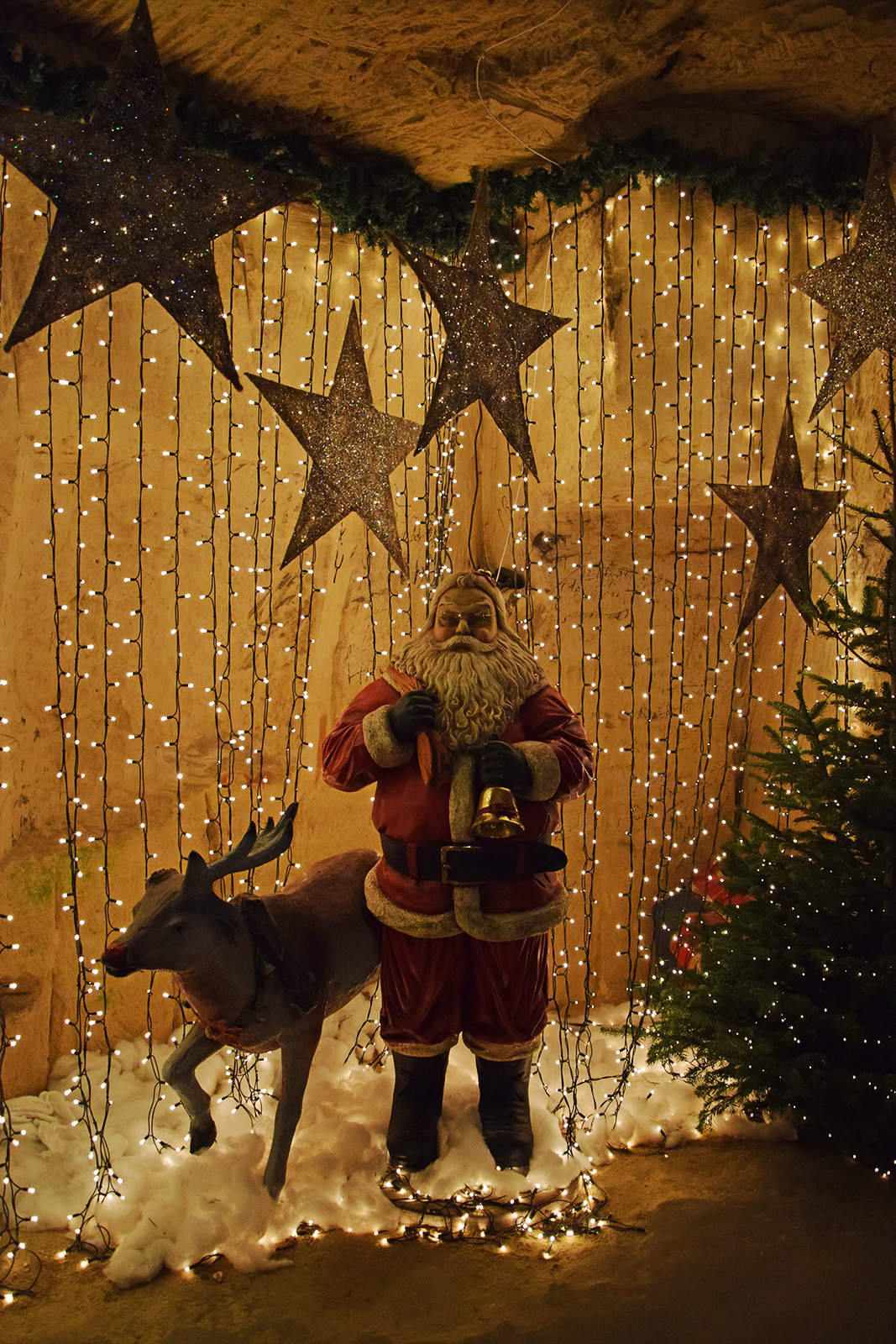 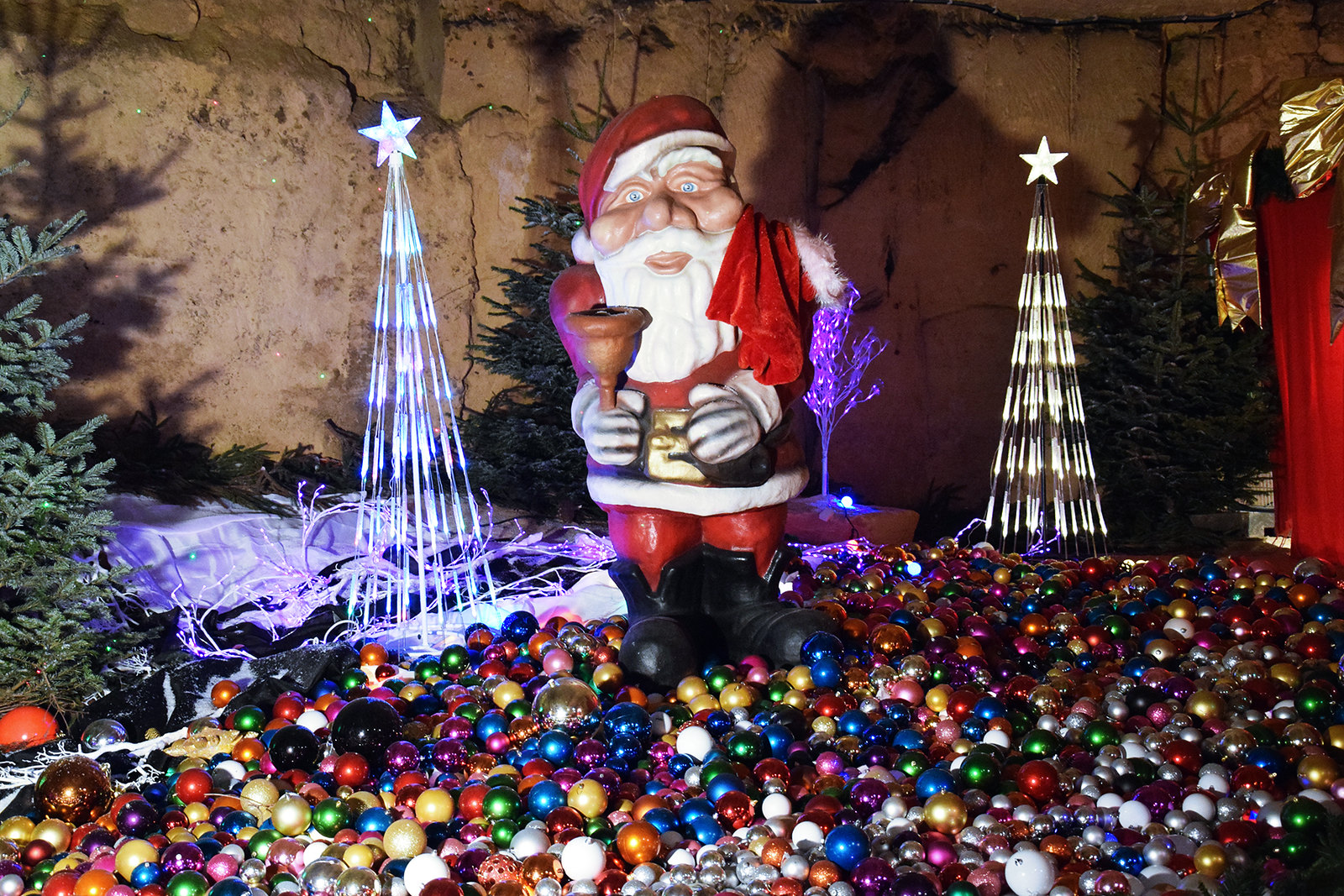 Inside, the caves were decorated all along the route with very varied decorations. Some of them were really cool like the Santa above (left). It was really big, but you can't really tell on the photo. There were also nativity scenes, more Santa's everywhere, and some creepy polar bears.

There were also a few places selling food and beverages, and a very nice restaurant / food area. A lot of people were sitting enjoying the beautiful decoration and probably resting a little bit before continuing shopping. 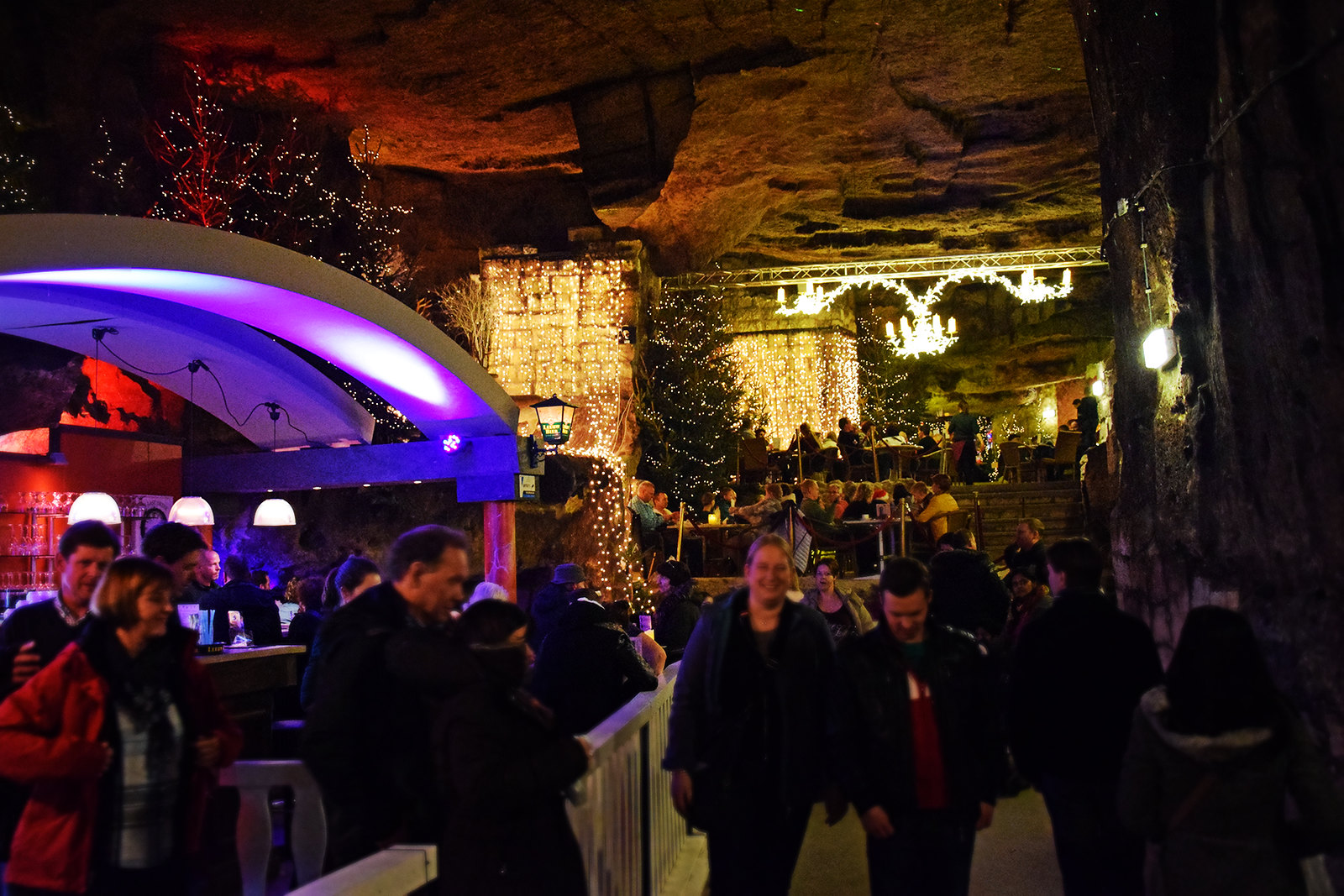 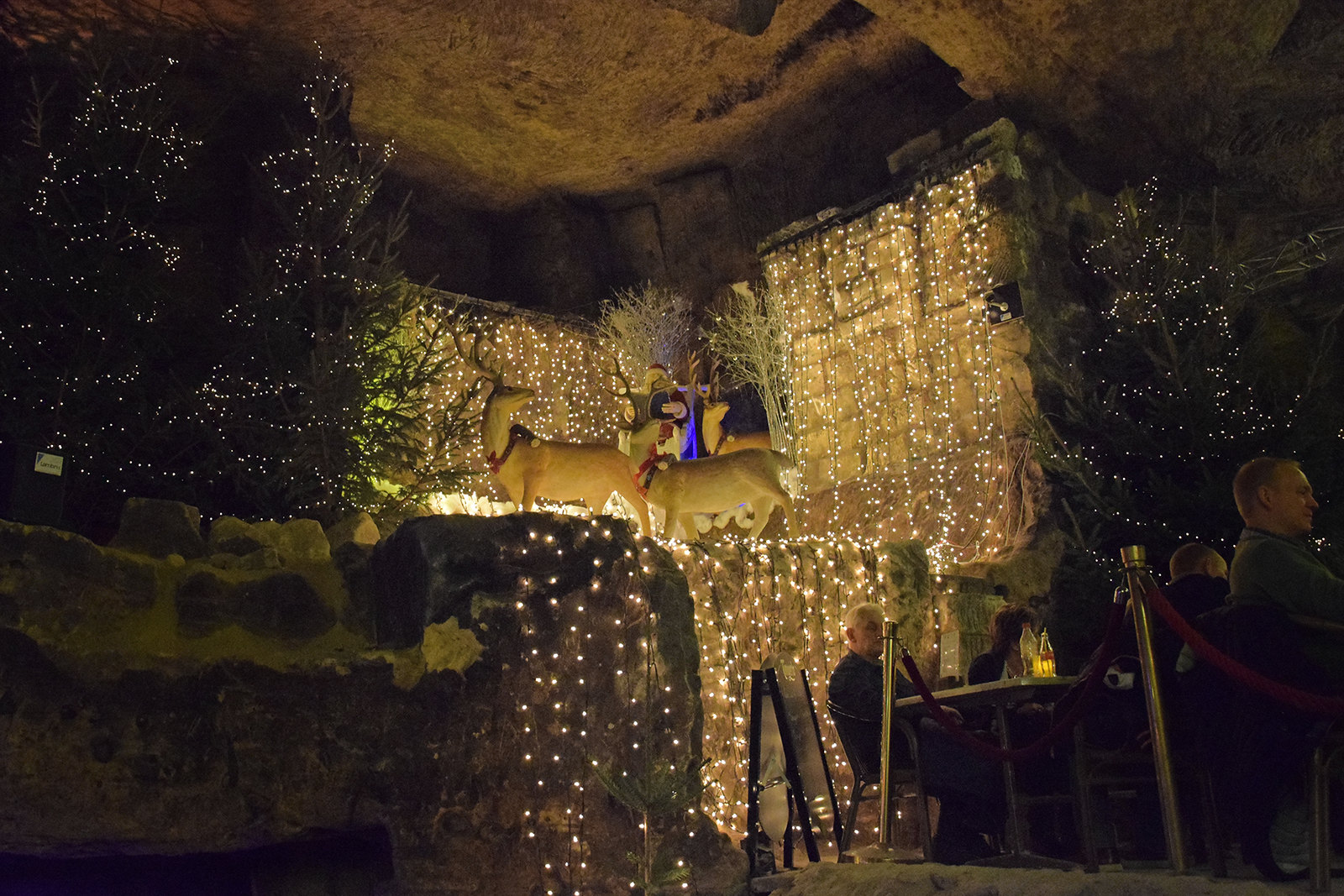 After the market, we went to see the sand sculptures exhibition "Magic Sands". Each year it has a different Christmas theme. This year it was "A Christmas story" and it included Charles Dickens' "A christmas carol" story made out of sand sculptures and a nativity scene including an impressive and huge sculpture of the city of Bethlehem. 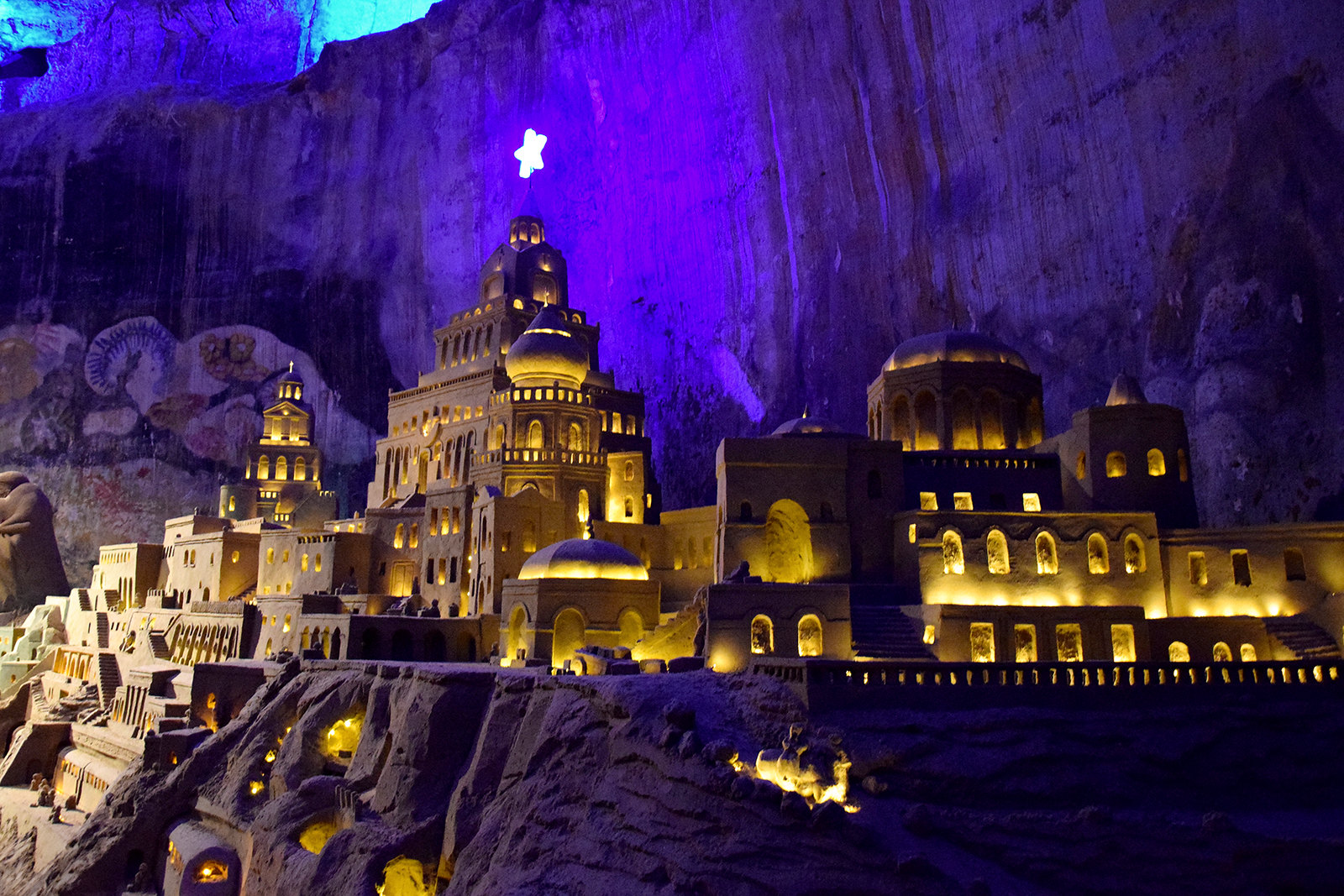 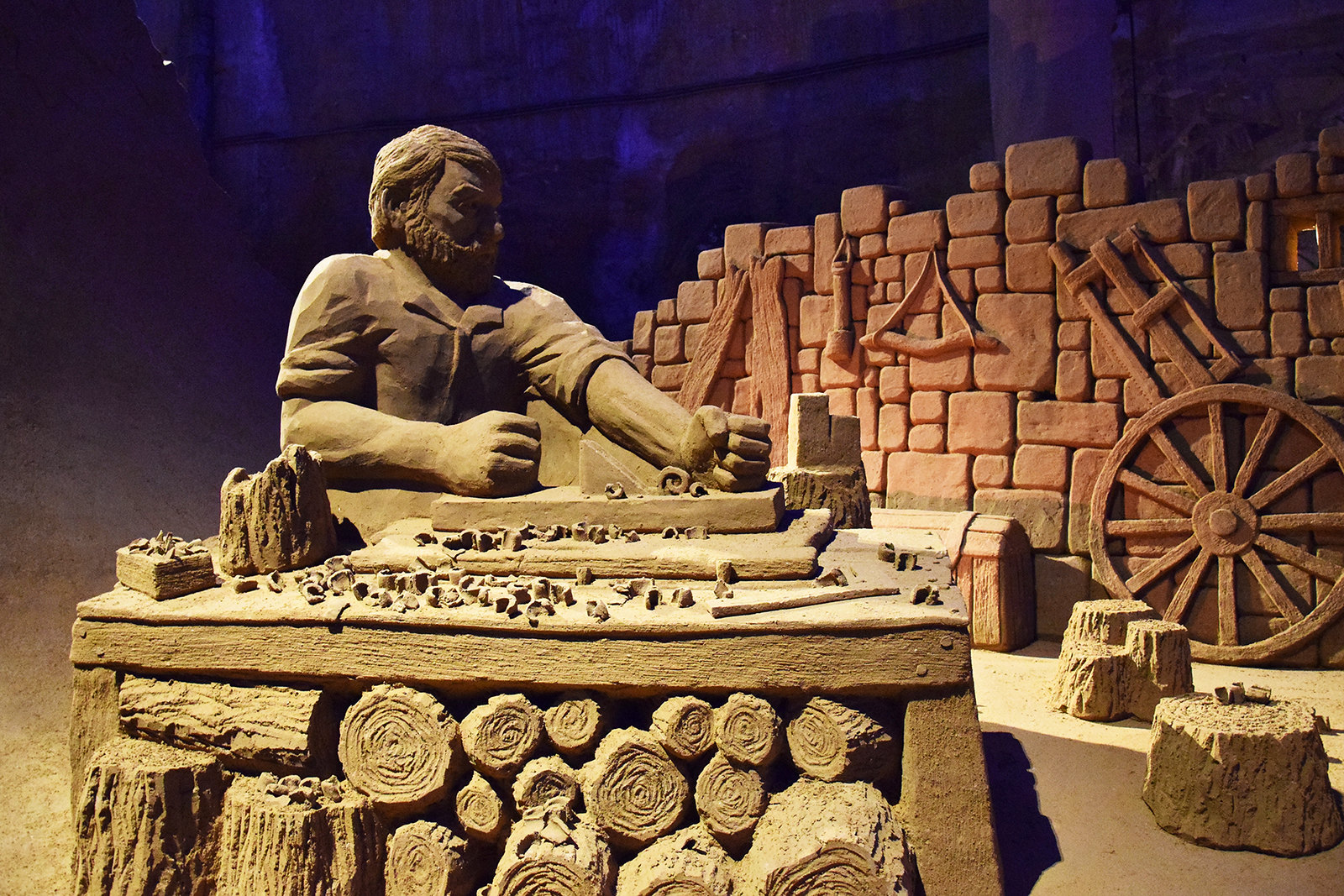 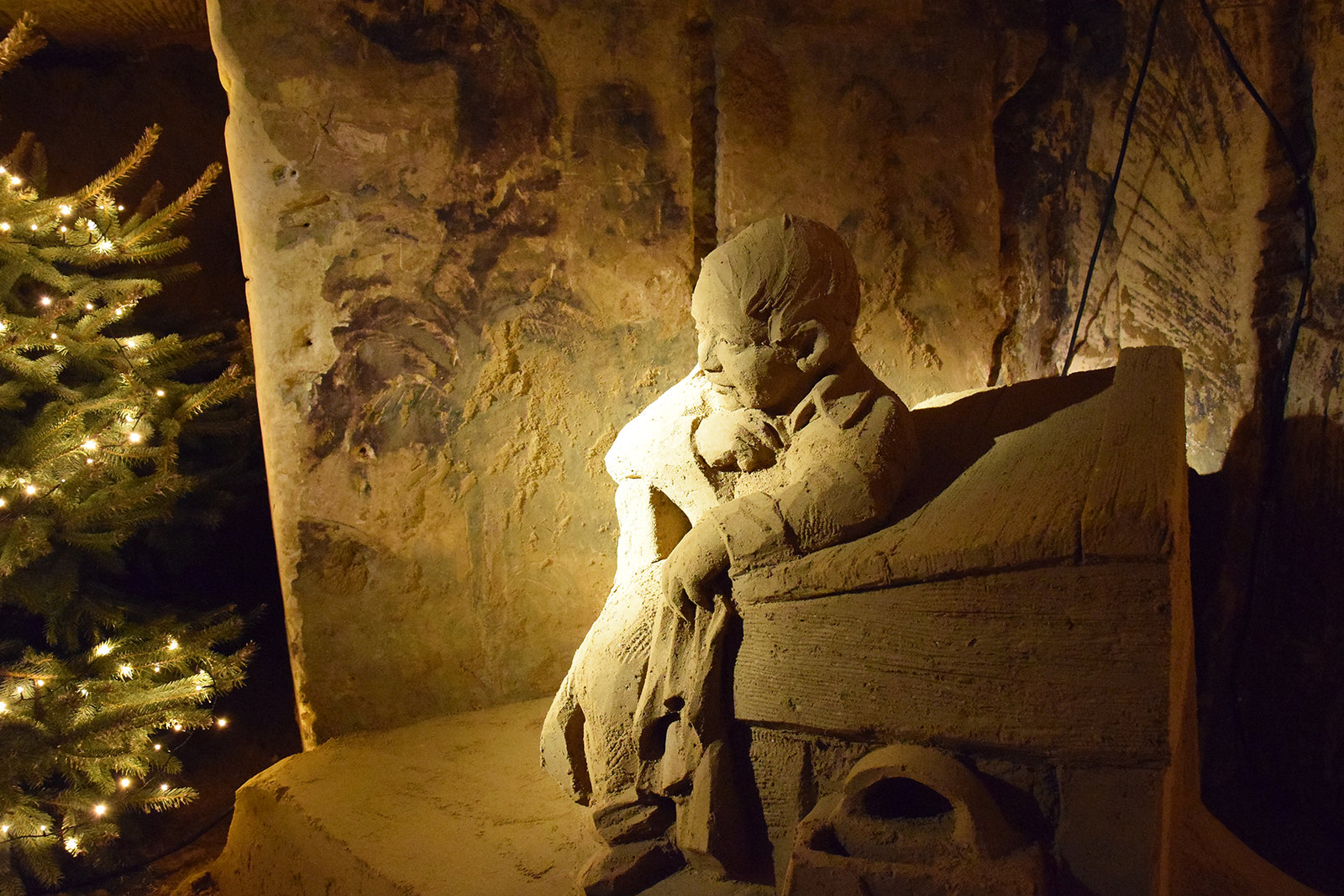 As it became darker, the city's decoration lightened up and we had a nice walk through the outside Christmas markets and surrounding streets. 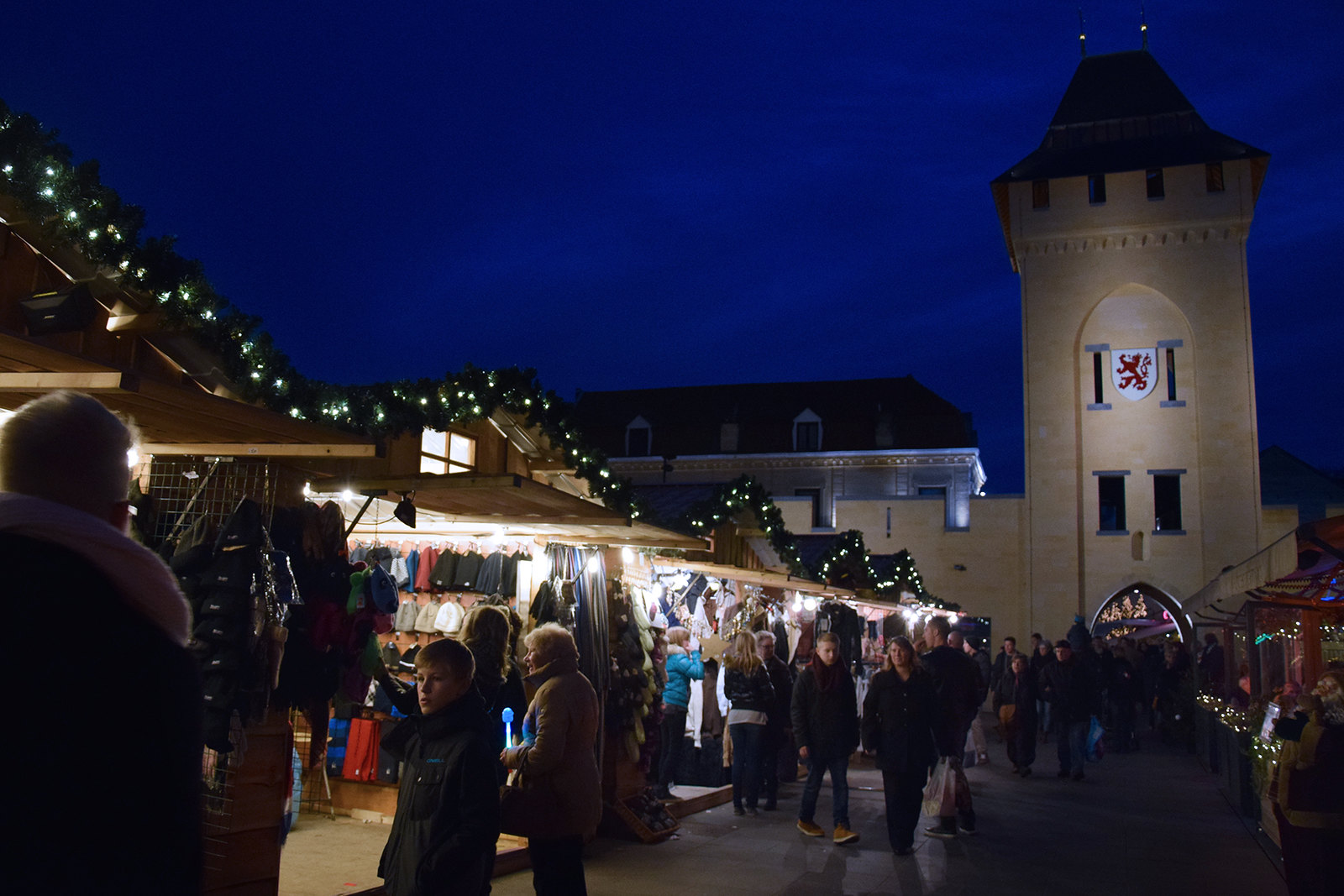 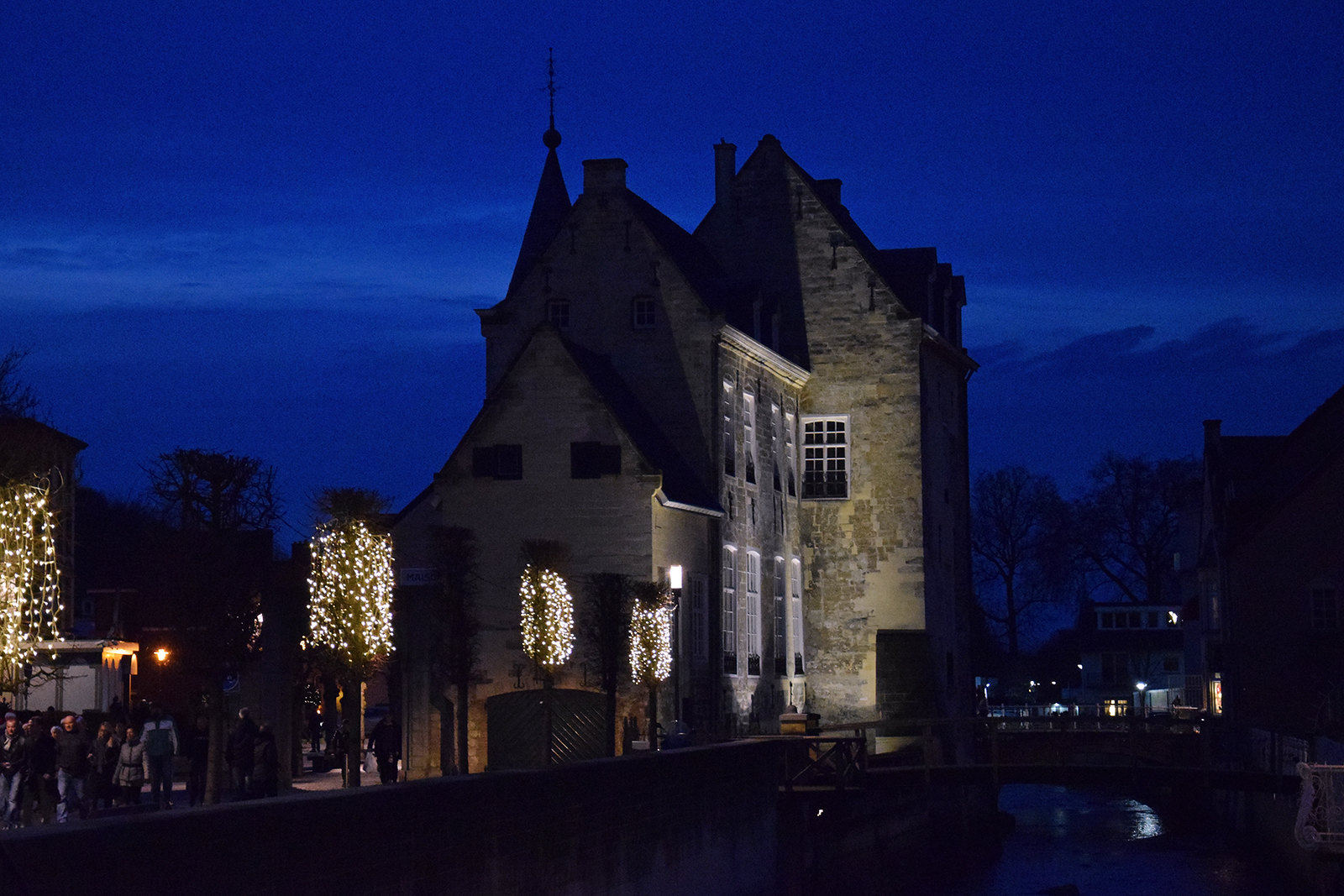 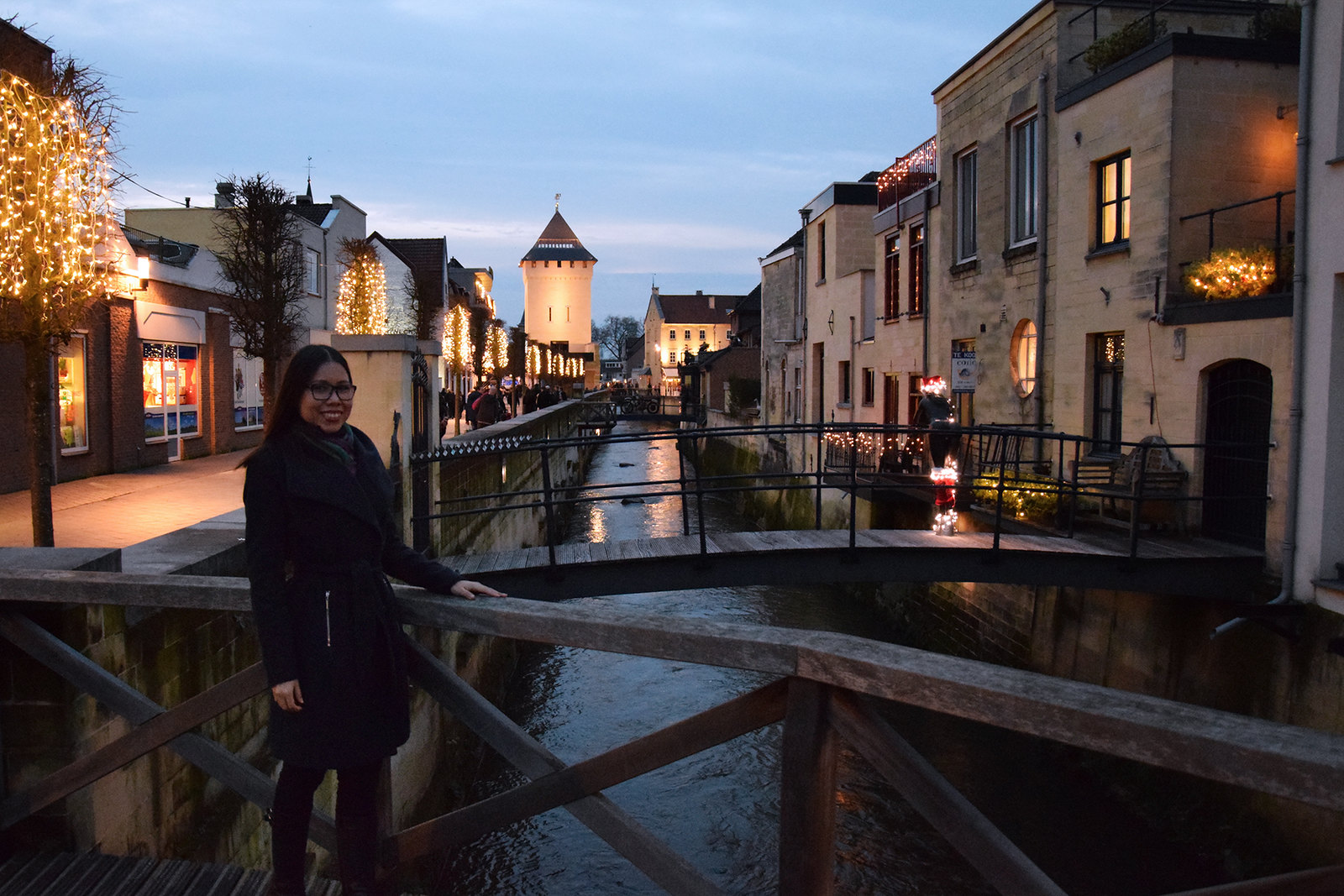 Posing by the bridge next to a sexy female Santa.

The city center is full of restaurants and cafes, and as it becomes night they become full. There were so many options, that it would have been very hard to choose.... 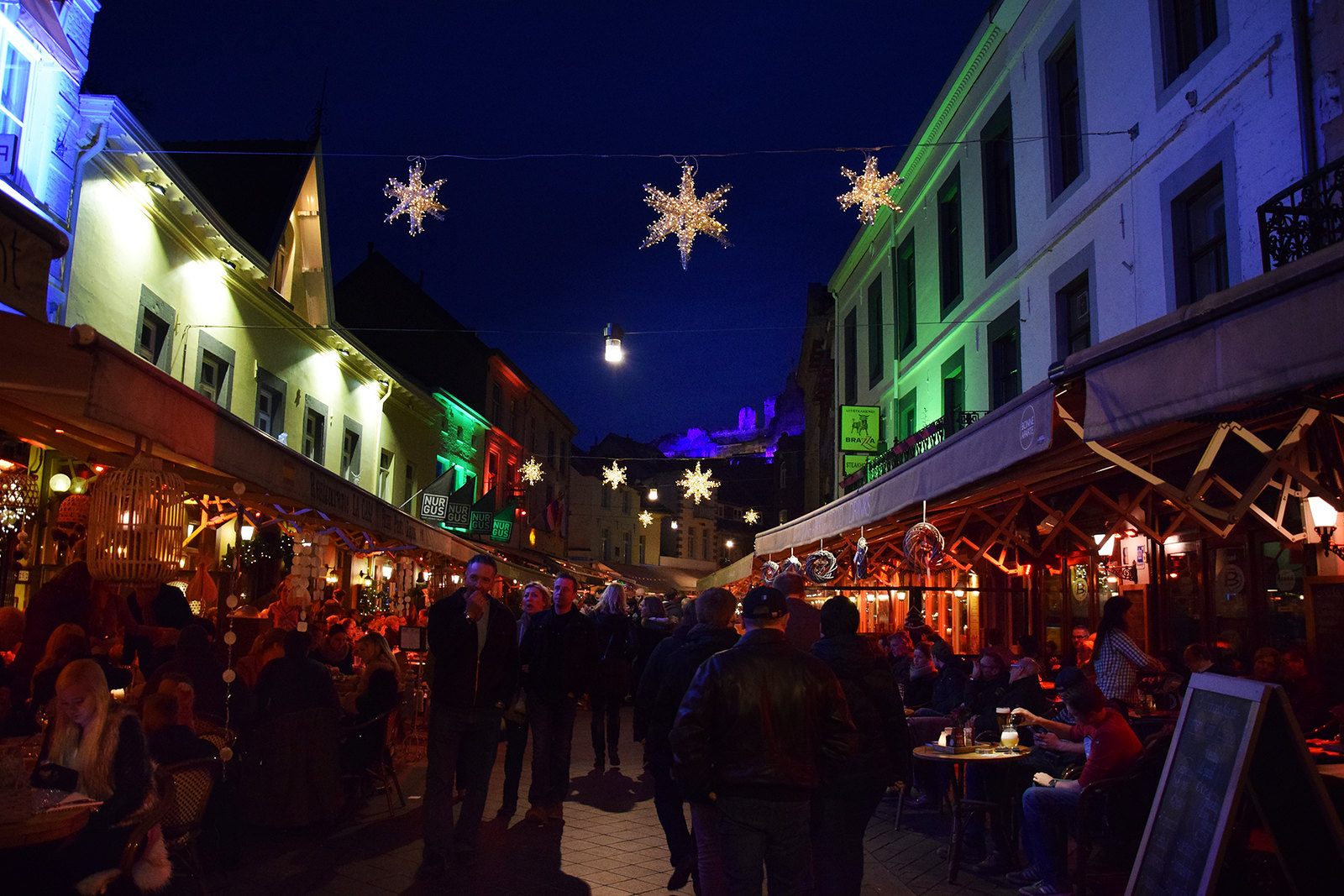 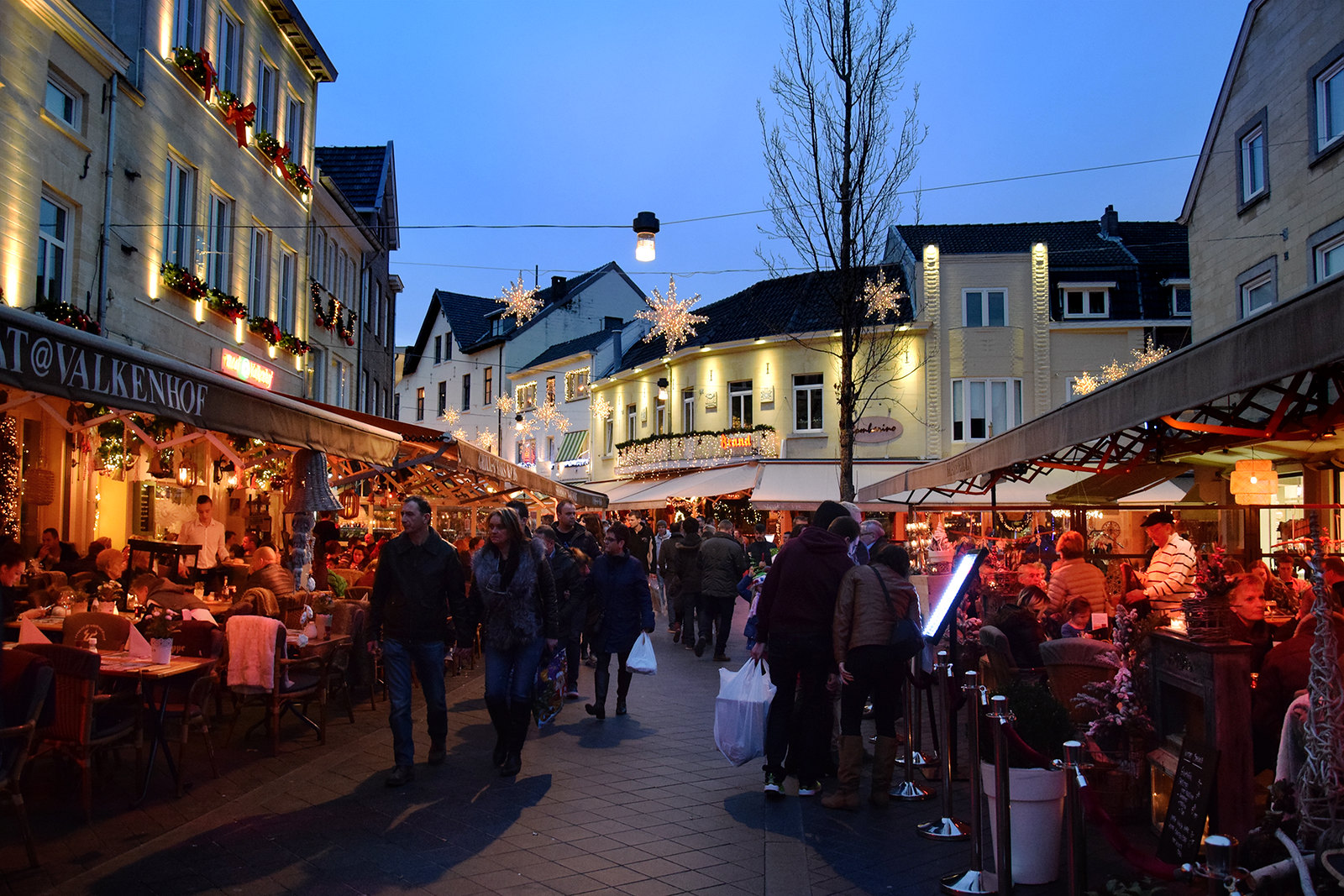 But then this happened:

We found a Mexican flag, so we had to eat there! In the Mexican restaurant "El Castillo" they had an all-you-can-eat Mexican buffet with several dishes and desserts. The food was good! But I was hoping to find more traditional mexican dishes, maybe a mole, a cochinita, tamales, guacamole or.. tortillas de maiz!  ... But then I have to remind myself that I'm not in Mexico! 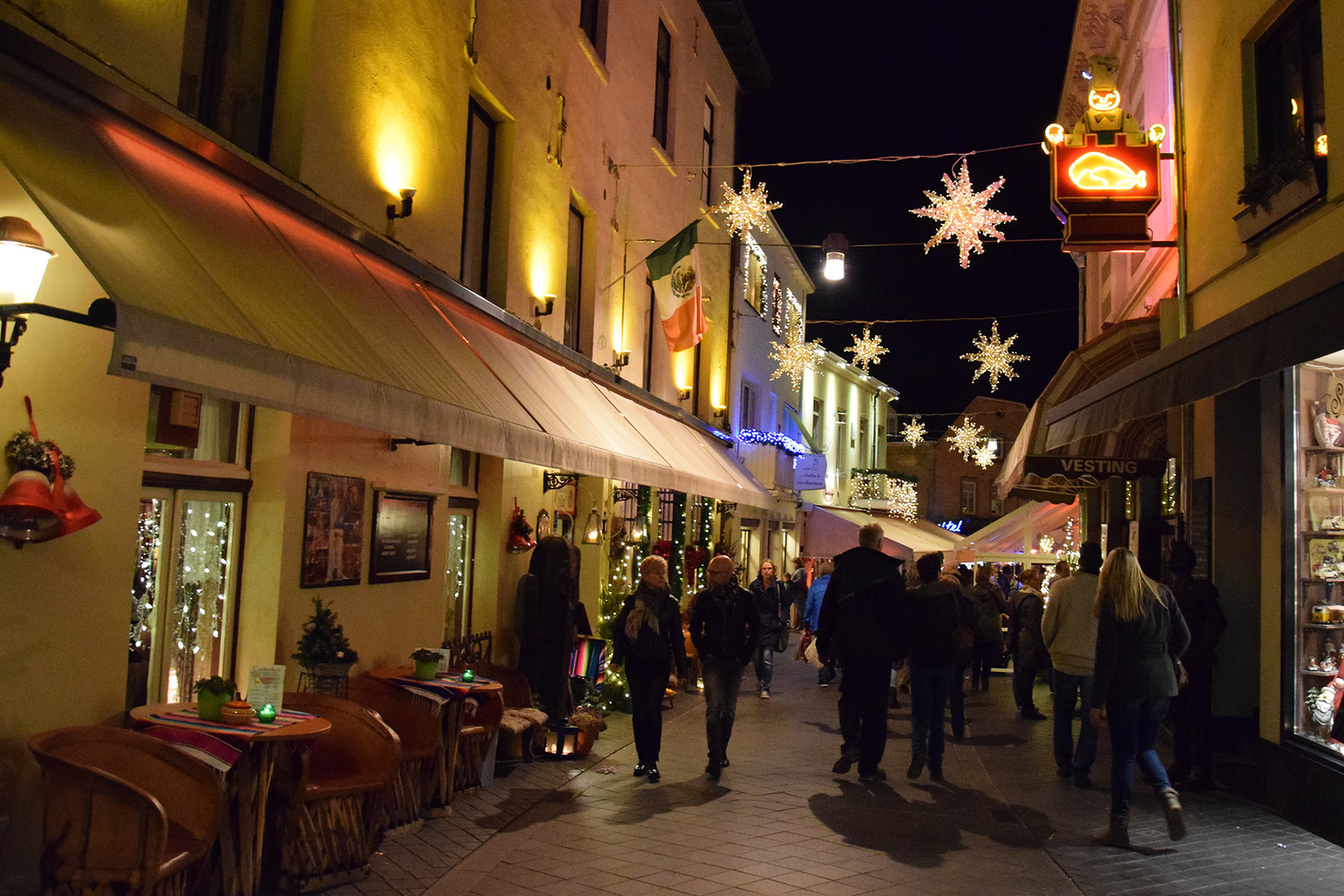 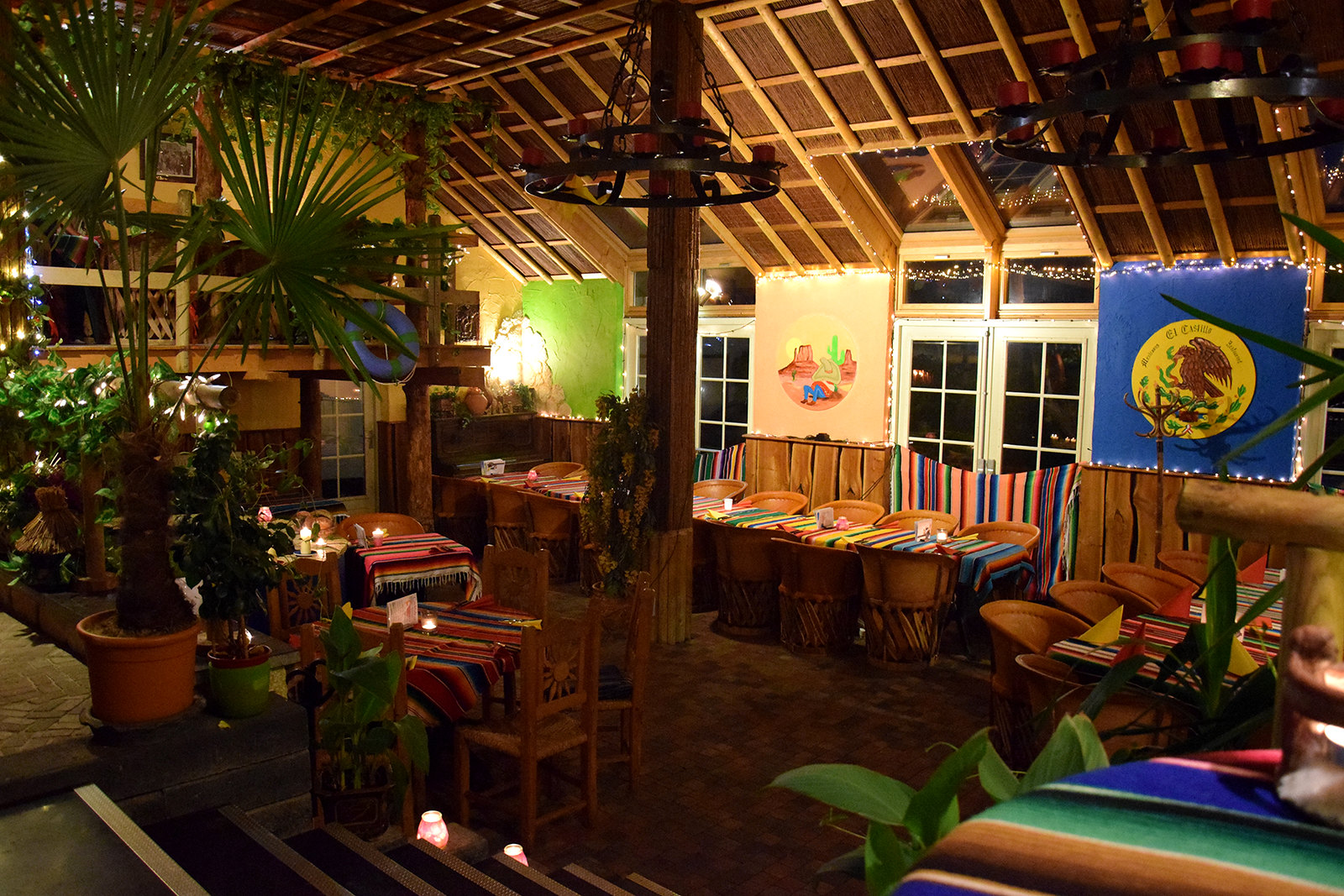 After satisfying our mexican appetite, we went back home after a wonderful day.

Besides the christmas attractions, there are also other things to do like visiting the ruins of Valkenburg's Castle. These are the highest castle ruins in the Netherlands, and a popular touristic attraction. The caverns can also be visited during the year through guided tour walking or by bike, and different events and activities that take place in the caverns. 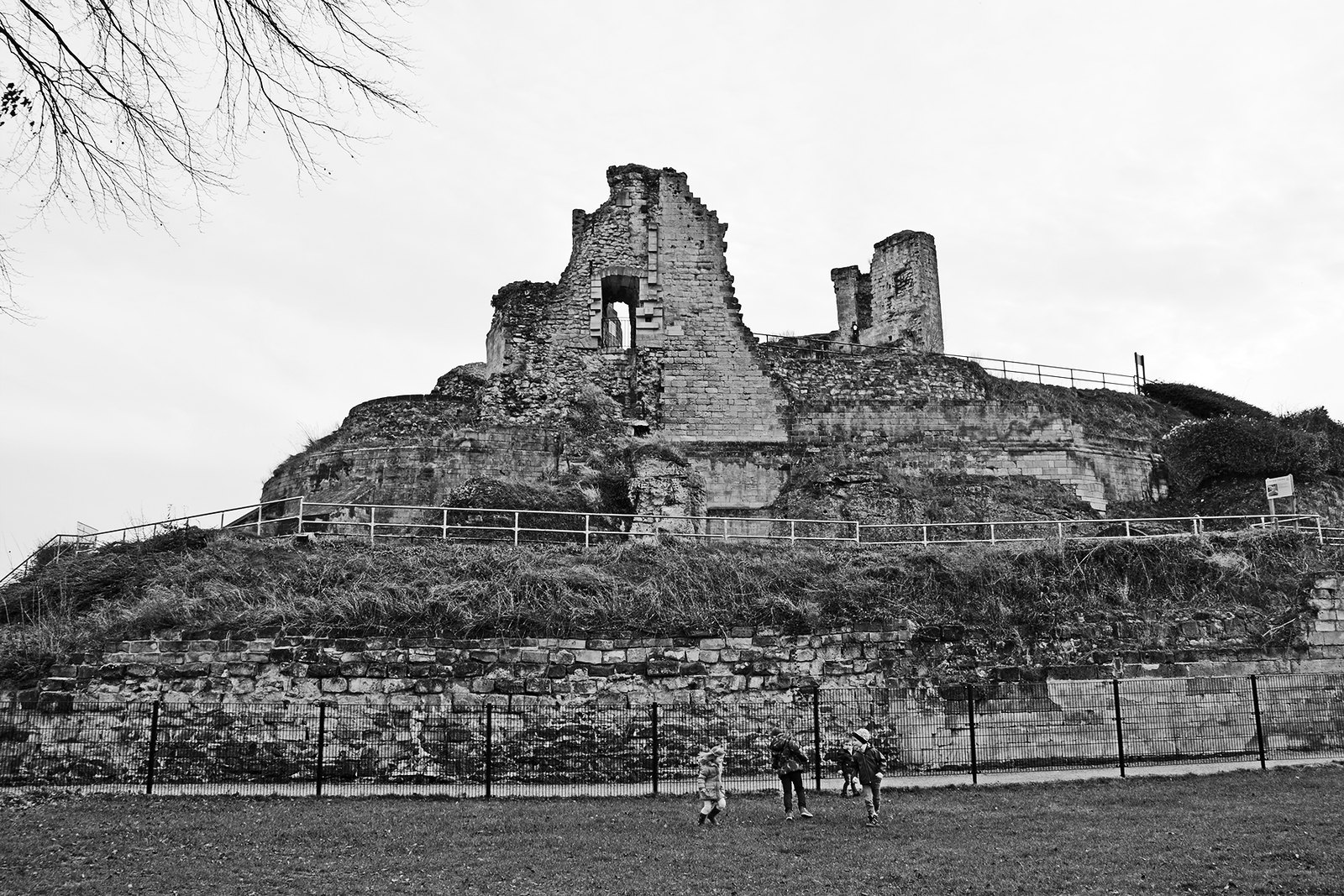 And that's it! I hope you liked the pictures, I definately recommend visiting Valkenburg during the Christmas period, to experience the Christmas sphere in a different way.